. I recall reading on a Ferrari website awhile ago that the tools were different than for 308 GTB. I have this incomplete set available but having never seen one wondering if any owner can confirm . May never find the missing tools but figured partial's better than none. thanks in advance for any response.

· Registered
Joined Nov 16, 2021
·
16 Posts
Hi all. I'd like to do the digital ignition conversion on my new arrival. Are there several alternative systems or just one that everyone uses? Any resource would be helpful. Also to Robert Garvin: Can you tell me the rim size(s) and tire sizes for you 2nd wider set shown on the photo of both your cars. Of if anyone else has suggestions regarding these as well. thanks to all. Jeff
M

Duetto66 said:
Hi all. I'd like to do the digital ignition conversion on my new arrival. Are there several alternative systems or just one that everyone uses? Any resource would be helpful. Also to Robert Garvin: Can you tell me the rim size(s) and tire sizes for you 2nd wider set shown on the photo of both your cars. Of if anyone else has suggestions regarding these as well. thanks to all. Jeff
Click to expand...

I went with the petronix single pick up ignition ( 9MR-183), but that still uses the advance weights. Much improved, but not perfect.
Something like this engine management & direct coil ignition systems would be ideal, but not currently available and much more $
D

· Registered
Joined Nov 16, 2021
·
16 Posts
Thanks for the reply miahshodan. shame about that Forza system not being available
D

· Registered
Joined Nov 16, 2021
·
16 Posts
FYIEelectromotive is permanently closed and Forza has no suggerstions for an equivalent product. any suggestions out there other than Petronix? thanks in advance
S

· Registered
Joined Oct 15, 2018
·
12 Posts
I wouldn`t bother with the wider bigger diameter rim tyres. Ours runs standard Dino mags and new Michelin tyres as fitted originally. We bought them from Longstone Tyres in UK and if you consider them dear in the US you`re actually getting off lightly compared to what we paid in NZ. We see the car as a timepiece frozen in time rather like a balance sheet is and accept it is an old car and that younger Ferraris go faster and are able to corner faster, brake in less distance etc etc.
On the tyres we have the car is beautifully balanced with excellent chassis communication and at speeds way above the speed limit (and on the track) the car drifts very predictably but is easily controlled with throttle and steering. On our last event we were well able to keep up with a Boxer through windy bits (it held us back) and was not really that much slower on the straights despite both of us trying. We also run the 4 sets of points which when set up properly with the use the car gets have proven to be extremely reliable. It is my thinking being they can be fixed by the side of the road if there is an issue. Having the twin distibutors also gives insurance to the car always being mobile if the worst happens. Try repairing electronic components by the side of the road. On our touring events it is always the electronic components that fail when someones car breaks down whereas the old analog cars just keep on going.

· Registered
Joined Nov 4, 2012
·
10 Posts
Congrats @Duetto66 on your new-to-you Dino 308 GT4!! It's funny to encounter the buyer as I swear I inquired about that one myself when I was searching for the right car. For me, the asking price and the cost to import to the US far exceeded what I was comfortable paying… otherwise, I might have bought it!

I ended up finding mine from a local individual, so a private sale of a car that no one in the area knew about. The guy who owned it never took it to shows or even cars and coffee. It was red, but the original color was green. After just a couple of months, I restored the car back to its original color (pics below).

Also, shortly after buying the car, I was introduced via email to @robertgarven who was immensely helpful! Like Robert, I've been a GT4 cheerleader since I was a teenager, and to finally own one was a dream come true for me. A life-long dream that took 35 years to realize! Like Robert, I'm also happy to supply you with PDFs and what not if needed. I've spent literal decades researching these cars, but I'm no mechanic—so technical questions aren't my strong suit!

My car is a US car, chassis 10388, 1975 year model. When I restored it back to its original Verde Pino color, I also restored the Dino badging. The bumpers don't bother me at all, that was never a problem for me. Granted, I do think the Euro bumpers look much better, but I have no problem with the US bumpers (I don't even push them in like most other owners). What I really hated about the US cars were the side markers; they're ugly, obtrusive, misshapen, not aligned correctly, and so on. I had those removed when I restored the car. It looks a million times better (kept them, though, just in case I ever wanted to put them back on—fat chance!).

Since its restoration it took home a few awards during car week in Monterey, including Best in Show at the kick-off event. I was also invited by Ferrari to show my car at their 75th Anniversary display at Casa Ferrari at Pebble Beach, and you can read a quick feature on the car and me at this link:

There's still little things I need to do to the car, such as refinishing the wheels, a bit of interior repair, and currently the original dictaphone/stereo is out for repair to get the cassette deck working. This car has been a remarkable joy to own, I can't imagine not owning it. This is the one car I pursued my entire life, and I will never part ways with it. 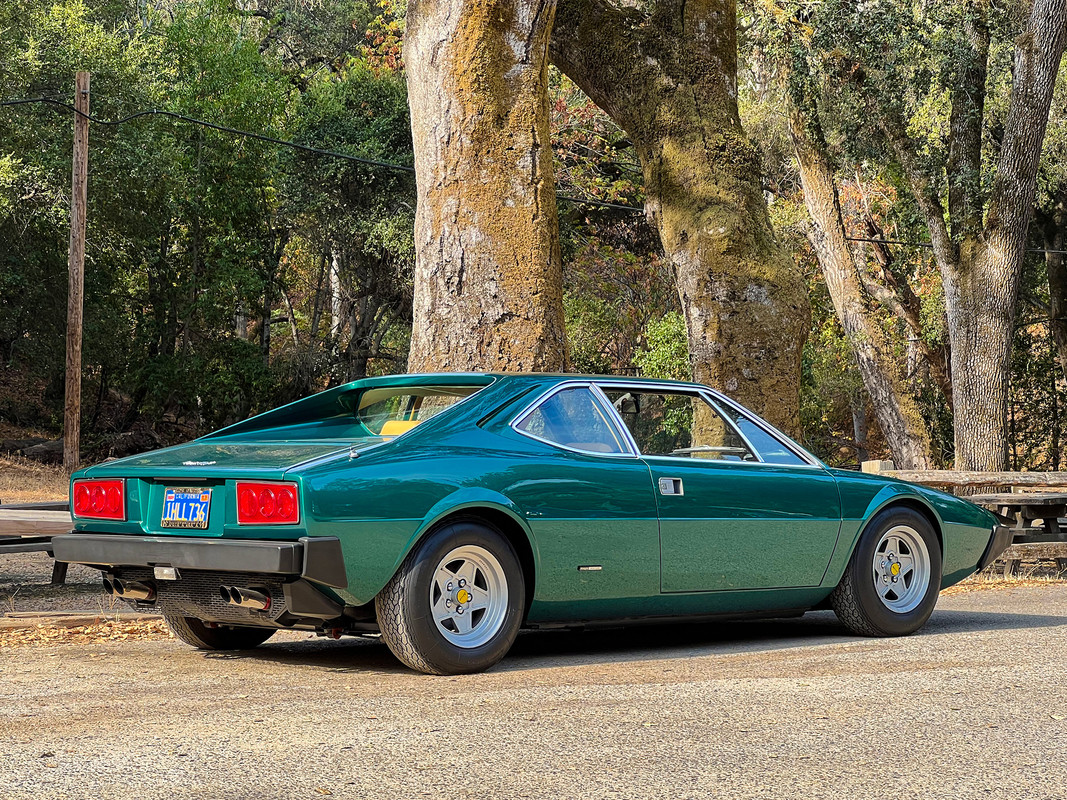