I agree, as an engineer, about the superior qualities of well designed LED tail lights.

First I need to get temporary fresh 1157 filament bulbs in there right now to allow the car to get back on the road today for the weekend and next 1-2 weeks. Will order LED upgrade maybe in 1 week, as soon as the filament bulbs start to act intermittent in base bulb holder.

A. The hole is too small to allow the dead bulb to come out! What have you learned thru trial and error the best ways to get out the old filament bulbs?
1. Pull on bulb metal base with pliers and it will just barely deform the tail light housing plastic and squeeze thru?
2. Break dead 1157 bulb because it cannot fit out thru the narrow bulb hole in the housing plastic?

B. After the dead 1157 bulbs are out, how to widen the hole for bulb in plastic tail light housing so the new temporary 1157 filament bulbs fit thru?
1. Hot soldering iron to deform and ream the plastic bulb hole wider?
2. Dremmel rotary tool to scrape sand drill the edge of the holes til they’re wider?

I can't count anymore how many bulb holders I've seen in such condition. This is mainly due to the extreme heat + high current of the incandescent bulbs causing these copper bulb contacts to corrode. You can try to clean it off with some sandpaper but access to these bulb contacts is not easy and these contacts are quite fragile as they are only fastened with plastic tabs (be careful not to brake them off). I'm afraid that it will be pain to get this cleaned off.

That's the reason why our LED bulb holders do not have any bulb contacts, the LED lights are directly integrated on an internal PCB.

Quote:
Originally Posted by Chris_C View Post
Question: I'm replacing bulbs in an F430 tail light. What do you guys do to get a base with bulb contacts that looks a little aged like this one, back up to spec? Sandpaper? Any fluid to remove that gunk? Is it metal migration from the bulb contacts?

(No time to order LEDs so plan to put in another incandescent filament bulb today to get back on the road right away, probably do LED but not today need to get back on road immediately.) 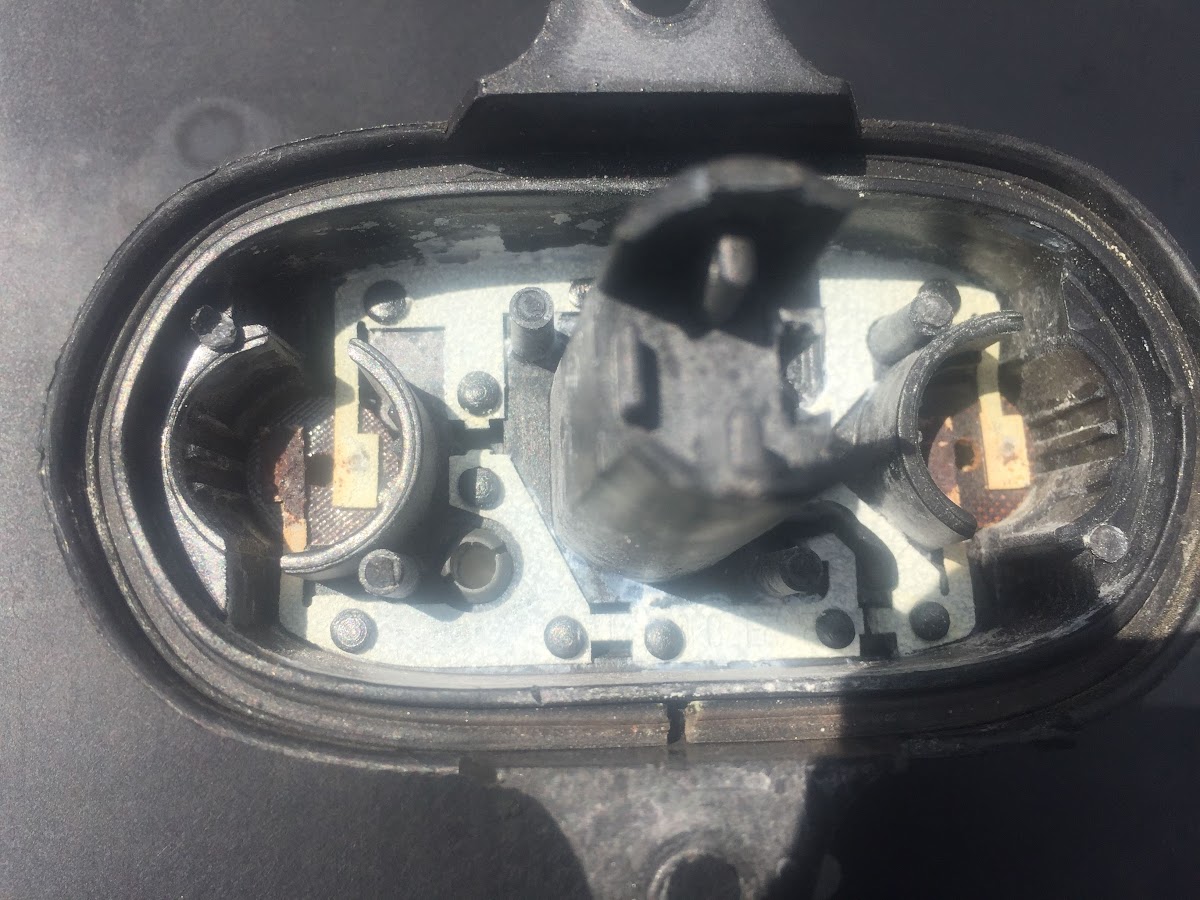 Join Date: Sep 2007
Location: Switzerland
Ferrari Life Posts: 2,403
Connecting such strobe on a car will create a lot transients for sure, onboard electronic ECUs won't appreciate at all...better be aware of this before trying as it may cost you a lot

Quote:
Originally Posted by neil dale View Post
very interesting! I am experimenting w/ these strobe flashers for turn signal use! they are similar to those used on police cars are very compact and insanely bright ! and flash at 80 per minute ! they put any LED to shame! (sorry!) I have, and doubtless will run heavy gauge wires fr a positive bus source and use the stock wiring only to trigger a high amp relay I have done this on every vehicle I have owned for over 40 years! It not only makes the lights brighter (less resistance ) but greatly lengthens the life of switches and other components as only a low amp load is drawn thru the stock wiring! WIN-WIN !
neil dale likes this.
Stef
Read the F430 Book : http://www.ferrarilife.com/forums/sh...llections:F430
More on http://www.ScudIngSwiss.com
Follow us on Instagram - @ferrarilights and on Facebook
StefVan is online now
Quote
post #883 of 960 Old 09-04-2018, 08:48 AM Thread Starter
StefVan
Owner

Join Date: Sep 2007
Location: Switzerland
Ferrari Life Posts: 2,403
Thanks Neil for your posts.
With our solutions, our main goal is to considerably reduce the power needed for the vehicle lights while improving safety. With our LED solutions, I believe that we greatly succeeded the ad-equation of brighter signaling lights with much less power needed. I agree with you that most LED lamps available on the market won't last long. We've tested so many of them and the electronics of the integrated current driver (if at least they have one), is just garbage. That's why we've created our own technology with high-tech electronics and much improved light spectrum. A lot of our solutions are installed since many years all over the world including in extreme climates like Dubai/Abu Dabi or Singapore and none ever failed. That's why we're not afraid to entirely integrate the LED parts directly on a PCB because there is very little chance that they will fail. If that would happen, we'd replace the entire bulb holder anyway. Hope this helps. Stef
neil dale likes this.
Stef
Read the F430 Book : http://www.ferrarilife.com/forums/sh...llections:F430
More on http://www.ScudIngSwiss.com
Follow us on Instagram - @ferrarilights and on Facebook
StefVan is online now
Quote
post #884 of 960 Old 09-04-2018, 03:16 PM
Chris_C 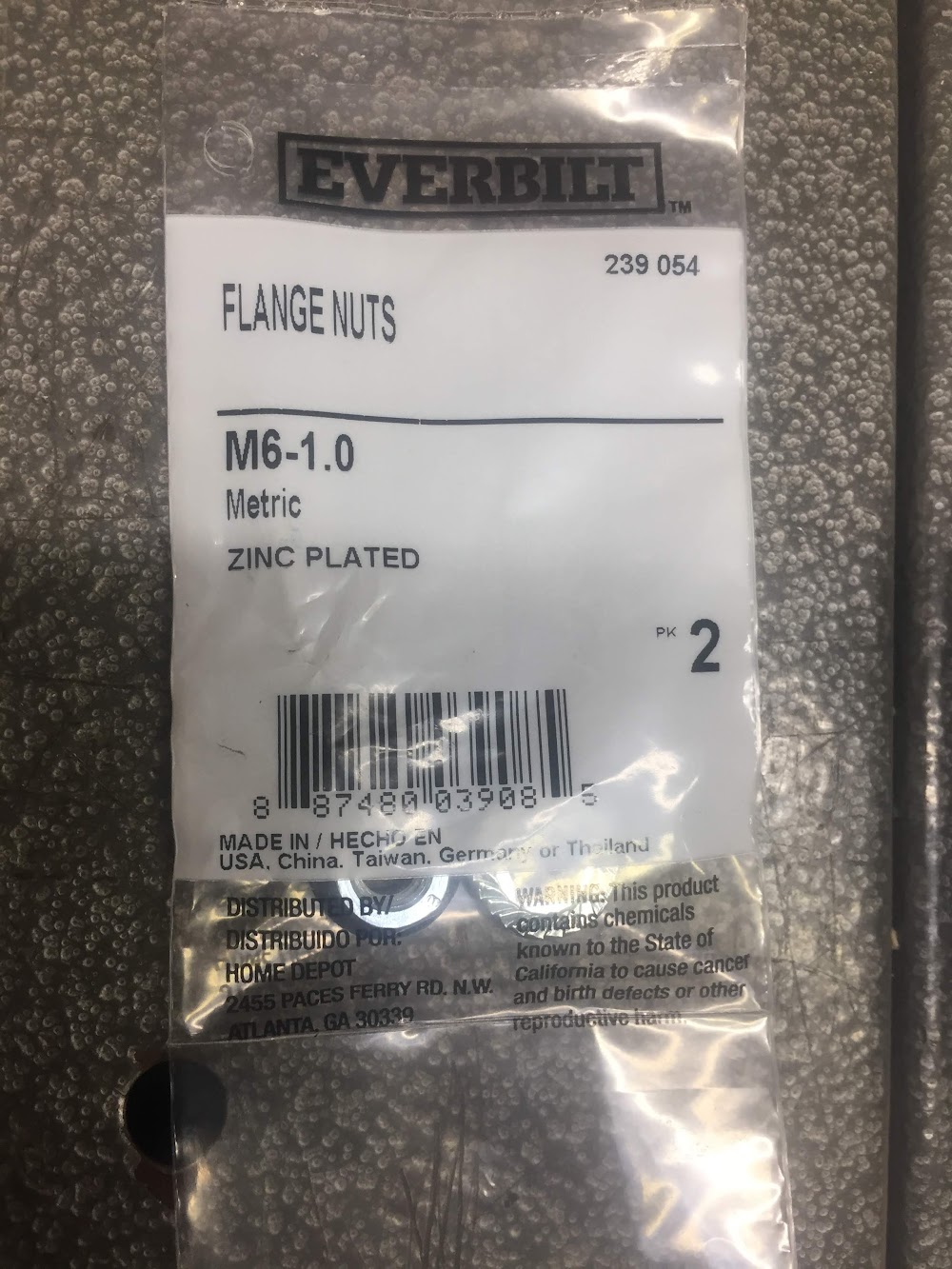 Another happy USA F430 owner who upgraded his rear lights with our complete LED rear lights package. This is the "V2 Stock lights version", what means that the rear LED Lights illuminate just as the original lights following the USA specs:
- 2 outer red parking/stop lights
- 2 inner red turn signal lights
- the backup/reverse lights are clear at the center of the inner rear light clusters

It greatly updates the F430 and makes it much safer to drive.
Attached Images

"Awesome car! oh wait...that looks familiar. Above taillights, F1 relay and the latest, the flasher relay from Scud Ing Swiss. No affiliation, just a very happy customer upgrading the 430. Seems like the europeans have the market cornered on breathing new life into these cars. Well done!"
neil dale likes this.
Stef
Read the F430 Book : http://www.ferrarilife.com/forums/sh...llections:F430
More on http://www.ScudIngSwiss.com
Follow us on Instagram - @ferrarilights and on Facebook
StefVan is online now
Quote
post #888 of 960 Old 09-26-2018, 11:29 AM Thread Starter
StefVan
Owner

Days are getting shorter now in the northern hemisphere, make sure your car is safely noticed which will definitely be the case with the help of our ILUAL LED rear light solutions: https://www.scuding.com/Shop/en/6-il...ight-solutions
Attached Images

And here comes the new Smart LED DRL for the F430 headlights after 1.5 year of research and intensive testing. Called Ultimate EV1, the brightness has been increased by 75% which is huge considering the small space available in the light tunnel of the headlight. With a total of about 4250 Lumens, this is extremely bright, and it's not a good idea to look directly in the light at close distance! At daylight, your F430 will never be "overlooked" anymore which is a vast improvement in terms of safety while updating the F430 to a much more modern level.

The other (r)evolution is the way these LED DRL lights are now powered. A total new Smart Power Supply, controlled by micro-processor running a complex embedded firmware, provides a perfectly stable current to the LED DRL lights. The Smart Power Supply has a build-in EMI filter & EMC immunity to eliminate interferences (complying to EN55015, FCC part 15 class B and EN61000-4-2,3,4,6,8). It can also be connected to the low beam lights and the turn signal lights which will make the LED DRL lights dim automatically. With such a high level of brightness, it became necessary to dim the LED DRL lights when driving at night with the low beam lights turned on. In the same way, it became also important to keep the turn signal lights enough visible by dimming the LED DRL lights automatically. The final modern touch is that all brightness transitions are made with soft fade-in and fade-out effects.

Ferrari 599
The Ultimate EV1 will be very soon available also for the Ferrari 599 using this same Smart technology and the same Plug&Play principle by simply sliding the specifically shaped LED DRL inside the headlight.

The new Smart LED DRL Light - Ultimate EV1 solution for the Ferrari 599 is now available! Discover on our website the many advantages of this upgrade which makes the 599 well more modern, up to date, safer, smarter and as it was made originally.
Attached Images

Some nice photos made by a F430 owner from Brazil with the DRL LED lights. No need to turn on the low beam lights in the underground parking, the DRL LED lights are so bright that they are largely sufficient to be seen.
Attached Images

Some nice photos made by a F430 owner from Brazil with the DRL LED lights. No need to turn on the low beam lights in the underground parking, the DRL LED lights are so bright that they are largely sufficient to be seen.

A USA spec F430 upgraded with the "Full Lights" Version of our LED rear lights package. Make your car visible for increased safety thanks to our specific red light spectrum.

The flash light is not ours...

Thank you to the owner for sharing his video.
Stef
Read the F430 Book : http://www.ferrarilife.com/forums/sh...llections:F430
More on http://www.ScudIngSwiss.com
Follow us on Instagram - @ferrarilights and on Facebook
StefVan is online now
Quote
post #899 of 960 Old 11-27-2018, 06:40 AM Thread Starter
StefVan
Owner

Discover some of the functionalities of the NEW SMART ENGINE BAY LED LIGHTING SYSTEM.

This total new White Engine Bay Lighting System will illuminate the entire engine compartment with a super-bright pure white light and now comes in one single section of 44cm long. Powered by the new Plug&Play Smart Power Supply ECU, it will now also dim automatically the Engine Bay Light when you engage the reverse gear. Levels of brightness are easily configurable with the provided remote control unit.

If you want to add a personal touch to your Engine Bay Lighting, this can be easily done by applying a color filter on the entire LED Light Bar or parts of it to obtain combined colors. The pure and powerful white light of the Engine Bay Lighting is just perfect to be colored through filters. We highly recommend to use the heat resistant ROSCO Supergel films which are the best know stage light filters. They offer a huge variety of different color filters and we've tested many of them with great results.

Thanks for continuing to make great products for our Ferrari's Stef!