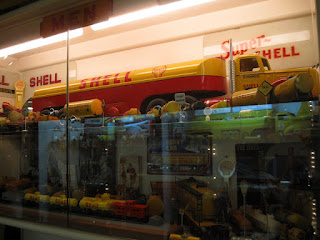 Last week, some of the Elysée Wednesday mob (Larry Crane, Jeanetta Dumouchel, Chad Glass, Kenny Lombino and Scott McClure) convened at the home of Matthew Ettinger--former Ferrari Owners Club president and owner of many Ferraris including the famous Breadvan--to get an exclusive look at Matthew's legendary collection of Shell Oil memorabilia and promotional items. 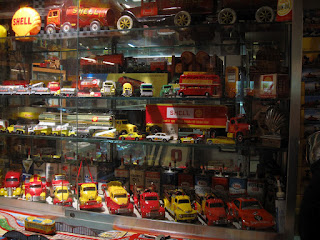 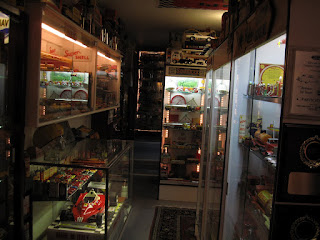 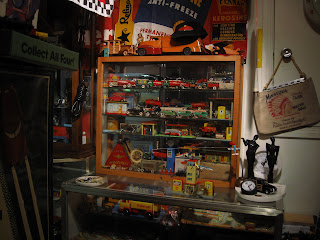 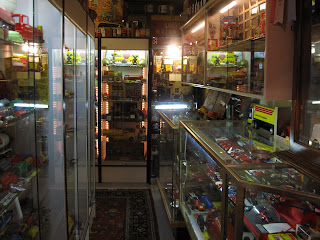 I've had the pleasure of visiting the collection on a few occasions but, as it is rumored to be going onto the auction block, I thought the group might appreciate the opportunity to see it up close while it still occupied its rather unusual place in Matthew's home. 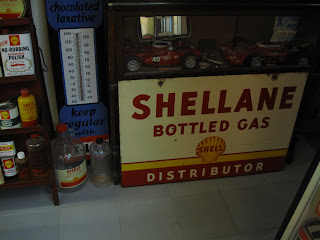 To see the collection, one must summons a hidden elevator that rises out of the floor to reveal itself. Two at a time, we descended to the sanctum sanctorum to view what is, in fact, an impressive museum of Shell history as told by the vast assortment of toy trucks, miniature gas stations, oi cans, oil dispensers and advertising artifacts. 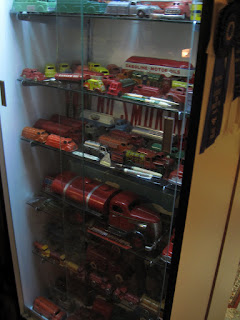 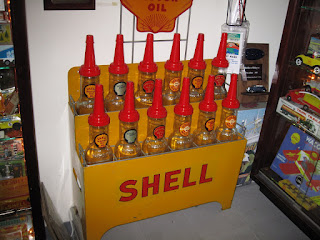 One would not have been surprised to learn that the collection had been assembled by Shell Oil Company, but it was not. It is exclusively the work and dedication of Matthew who has diligently pursued the rarest of items to include in the collection. 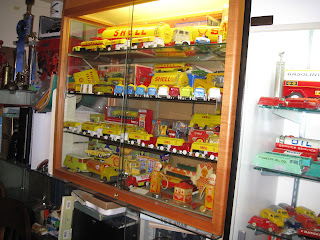 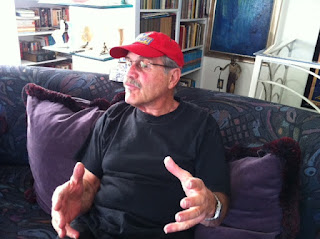 Having taken our time pouring over the collection--there really is far too much to take assimilate in just one visit--we returned to ground level through the secret elevator and it became story time as is usual when EW members congregate. 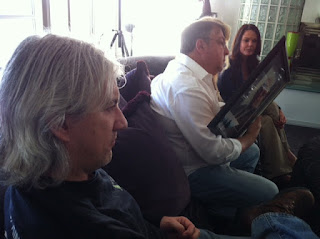 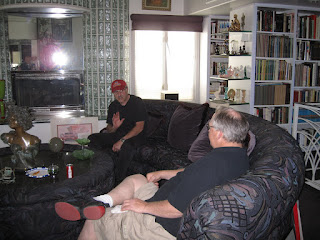 Everyone told a story or two but it was Matthew who took center stage and held everyone spellbound with his accounts of near arrest by the East German police, lunch with Enzo Ferrari, a very unusual FOC board meeting held at Matthew's hospital bedside and a stream of nostalgic consciousness that must be heard to be believed. 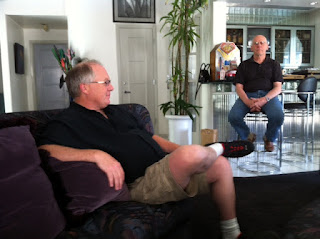 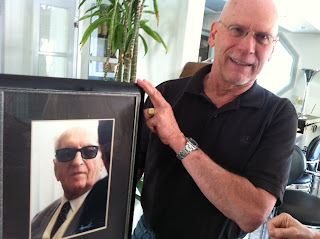 Larry Crane brought along some items of interest as part of the show-and-tell--notably, a photo portrait of Enzo Ferrari that Larry shot at the factory in Maranello during a very exclusive press conference. 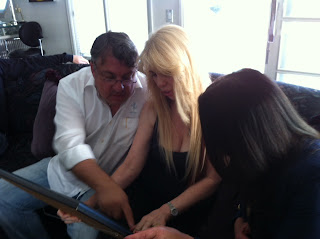 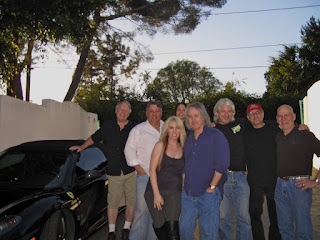 All in all, it was a very enjoyable afternoon and one left with the feeling that such interesting and passionate friends are a veritable treasure. I also took away with me the sentiment that I wish Matthew would keep the collection and not offer it up for sale. This according to the doctrine of Never Sell Anything.
krasnavian is offline
Quote
post #2 of 7 Old 03-11-2012, 12:47 PM
Fiorano
Owner

I agree, would be a shame to see such a collection sold, even more so if it were broken up into numerous lots.
I am trying my hardest to have my dad give the collection to me. So far, it hasn't worked.

Join Date: Aug 2011
Ferrari Life Posts: 3,340
what was Matt's interest in Shell? how did the collection get started?


As a minimalist, I always find collections like these fascinating.
Quote:
Originally Posted by rollsorferrari? View Post
Chas, you sir, are a genius.
GuyIncognito is offline
Quote
post #6 of 7 Old 06-05-2012, 11:46 AM Thread Starter
krasnavian
Owner

Join Date: Dec 2003
Location: Los Angeles/Paris
Ferrari Life Posts: 504
Quote:
Originally Posted by Mason Ettinger View Post
I am trying my hardest to have my dad give the collection to me. So far, it hasn't worked.


As a minimalist, I always find collections like these fascinating.
It began when Matthew fell in love with a Shell gas pump and traded a pump (I believe it was a Union 76) he already owned to acquire it. From that point forward, everything had to be Shell.
krasnavian is offline
Quote