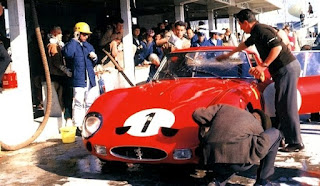 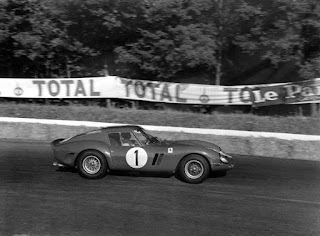 These photos show GTO 3987 at its first race--the 1000km of Paris at Montlhéry in 1962--which it won. The GTO was entered by Luigi Chinetti's North American Racing Team and was driven by brothers Pedro and Ricardo Rodriguez. Ricardo (seen in the yellow helmet) died two weeks later on the first day of practice for the Mexican Grand Prix of 1962 at the age of twenty.

These photos were sent to me by my Facebook friend Luc Ghys. The color photo is from the Alexis Callier collection.The black and white photo is from the archives of Maurice Louche.
Posted
krasnavian is offline
Quote