Join Date: Apr 2011
Location: Tacoma, WA
Ferrari Life Posts: 21
Recaro Resource Guide
Hey im a new member here and figured this would be a good way to say hi. This is a guide that i have slowly been working on over the past few months as i have free time. I will try to update it as often as possible. If you have any questions feel free to ask and ill try to get back to you as soon as possible. - Ron

I have been noticing a large amount of recaro questions lately on all the forums im on and figured i would post this to help people out. Here is some basic Recaro knowledge, hopefully you guys will appreciate it. I will update this thread as i have the time, still have ALOT to add.

Most of the common recaro seats can be traced through 3 generations, each with their own specific details and differences. For example the first generation LS (also known as the idealseat) has the trademark large rolling upper bolsters but the lower bolsters are very large and the slope is very close to the back of the lower frame. The later generations have a very similar back at first glance but the lower bolster foam is much smaller with the slope of the bolster midway back on the frame as seen here.

How to spot a FAKE

Its not always easy to spot a fake but there are a few simple steps you can follow to increase your chances of purchasing a genuine recaro. Here are a few things to keep an eye out for..

- Is the 'RECARO' lettered correctly? If the letters are spaced from eachother? Is the lettering crooked? If it generally looks off chances are you are not dealing with a genuine recaro.

- What style diaphragm does the seat use? You will only find 3 style of supports on genuine recaro seats. The first design was a support strap. They were made of a nylon style material and each seat would have had around 3 of them going horizontally across the base attaching with a U style hook. The second generation used a support diaphragm. It was a single support made with 1-2 large rubber pcs bonded to a burlap style material and attached using a dowel and hook method on each side of the support. The newest recaro seats use a molded plastic but that is pretty self explanatory. Here are a few examples..

Here is another speed that at first glance looked 100% legit short of some "off" recaro stitching but once i removed the insert found this..

That should do it for now, i will update more as i have the time.. If you have any request or questions feel free to message me

Available as an aftermarket seat dealer option on various european cars. Featuring 8 way adjustable bolsters, heated inserts, power air controlled lumbar support, and speakers in the headrest the Model c was Recaros top of the line and most expensive seat offered in the late 70's and through the 80's. Variations of this seat were optional in e30 bmw's (6k dealer option) Mercedes 190 cosworths, Audi URQuattors (non power), Various Porches, and a few other vehicles that escape me at this time. Variations of this seat are still available from recaro as the Ortho line.

The LS is one of the most popular seats Recaro made through the late 70's/80's/90's. Variations of the LS were found in but not limited to cars made by Ferrari, BMW, Alfa, Volkswagen, Porsche, Ford, and more.. They are most commonly found in mk2 volkswagens and Alfa Romeo milano verdes.

By far the most copied Recaro of all time. Be very cautious when buying these seats as prob 80% of the seats on the market are fake chinese replicas. I would not feel safe putting the replicas in a car as the build quality and materials used are fairly poor. The Recaro speed is prob. the most well known Recaro as it has been available since the 80's and is still in production to this day. They have came in everything from e30 bmw's to Toyota supras along with hondas, nissans, fords, and so on..

Also here is an easy way to tell the difference between a speed and an srd. Take a close look at the curves of the upper bolster foam.. The SRD has a larger more triangular "shoulder" foam where the speed is smaller and more smooth. Also you can see the speed has a larger headrest section. 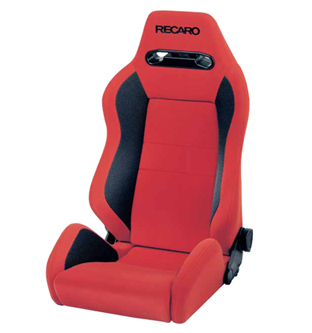 The recaro LX is one of the oldest recaro variations available along with the LS. The Recaro lx still has a variation in production to this day(specialist). It is commonly found in early to late 80's cars such as the TransAm, Mustang, 300zx, and various other models. The Gen 1 lx has the larger lower bolsters but maintains the same triangular back that is the trademark of the LX.

Another member of the LX/LS/etc family that's often seen, the SE. These were Recaro's "budget" sport seat in the late '90s and early '00s, they also had a decent period-correct look for '70s and '80s cars since they were mostly based on the LX. The A8 is by far one of the most highly desired recaros available at this time. They are one of the first recaro sport seats to feature a new frame design for passenger vehicles. There were 2 variations of the A8 to be released and they were available as factory options in a select group of exotics. The majority of A8's you will find are of the aftermarket variety. Here you can see that VW offered the Model C, LX, and LS as optional seats for the mk2's in europe.


Join Date: Apr 2011
Location: Tacoma, WA
Ferrari Life Posts: 21
Here is a DIY guide i created to help disassemble Recaro SRDs. Should have some for LS's and Pole Positions soon.

Now I remember buying my first set in 82 for my E21 BMW, bought them straight from Recaro! Excellent seats.
My question is.... Back in 88 I saw a couple of Ferrari Mondial 8 coupe fitted with Recaro's in the front. the pattern was still vertical not horizontal, matching the original interoir design and the rear seats. Do you have any information about that.
I have an 88 Mondial cab and would love to fit Recaros in it. Thanks
Buddanos is offline
Quote